Children; Our future, our hope

In my last blog, I spoke about the dangers of child predators and some of the things that can be done to mitigate this risk. People that abuse children do not necessarily look like Jack the Ripper, or ET. They can seem to be very “normal” citizens often serving in places of authority. I came across such a case just a few weeks ago that was a stark reminder to vet, educate, and train those that help our kids.

Naason Joaquin Garcia, the controversial leader of the 5 million-member Light of the World, who’s accused of multiple sex crimes, including making sex videos with minor girls from his flock, will go on trial in Los Angeles on Sept. 27.

Church volunteers and staff need to be trained in the identification of a possible child predator, and how to identify sexual abuse through physical and behavioral change.

The warning signs that parents and caregivers should look for are numerous. Here are just a few:

But if anyone does not provide for his own, and especially for those of his household, he has denied the faith and is worse than an unbeliever. – 1 Timothy 5:8

How can you know, then, if a child has been sexually abused?

Child sexual abuse can include a variety of touching and non-touching behaviors. Many of these behaviors do not leave any physical signs, so it is difficult to reliably tell when a child is being sexually abused. It’s important for parents to know that while some physical and behavioral changes can be present in cases of sexual abuse, sexual abuse may or may not be the source of those changes. For the most part, these changes are signs that a child or teen is under stress or has experienced some sort of trauma.

Changes in a child’s or teen’s behavior can sometimes be clues that sexual abuse has occurred. However, just like physical signs, these changes can be brought on by other stresses and events. Again, there is no foolproof checklist of signs that will flag for you whether a child has been sexually abused. Still, vigilant parents and caretakers should be aware of some of the behaviors reported in children who have been previously sexually abused such as headaches, stomach pain, loss of appetite, and sleeping problems are some of the ways children may respond physically to the anxiety, confusion, anger, fear and shame that can be brought on by sexual abuse. These physical symptoms, however, can also be associated with many other stresses that children experience as a result of family or school problems, so don’t immediately conclude that sexual abuse has occurred if you notice them.

Have you seen these behaviors in your children?

The outline of physical and behavioral changes may be an indication of abuse, but not necessarily, especially if found as an isolated issue. Often physical abuse will be accompanied by behavioral issues. In any case, the lists and descriptions above are not exhaustive. Any unexplainable changes to your child’s physical or behavioral state should be examined. If you notice unexplained changes in your child, please seek professional help. What is most important though is making certain these things never happen in the first place.

** IF YOU HAVE ADDITIONAL CHURCH OR SCHOOL TOPICS LET US KNOW ** 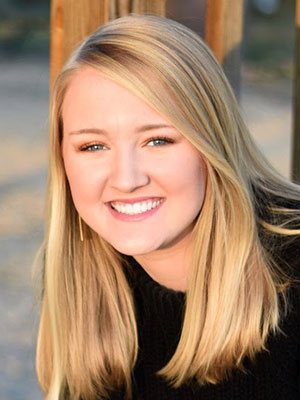 If you are interested in learning more about these topics, OSA is prepared to meet with you and discuss them as part of the free security assessment.

My name is Hannah Free and our team will be reaching out to set up a complimentary assessment or evaluation.