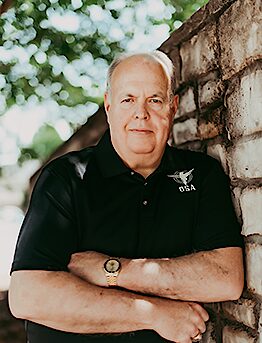 David holds three postgraduate degrees, including a Ph.D. and postgraduate study at Oxford University. He is also the author of “The History of United States Attorneys.” Prior to joining OSA, David held numerous leadership roles at the Department of Justice in Washington in the Executive Office for United States Attorneys, including Deputy Director of Security, Chief Information Officer, Chief Operating Officer, Special Deputy U.S. Marshal, Deputy Director for Legal Education, EEO Investigator, and Special Assistant to the Director.

He was an integral part of the U.S. Attorneys’ response to the Oklahoma City bombing, the 9/11 attack, and the aftermath of Hurricane Katrina. During his time in the Executive Office for United States Attorneys, he was recognized for management and leadership, and received a personal commendation from the Attorney General of the United States. David also writes a good deal of OSA blog content and enjoys a nice stogie on what might the world’s greatest outdoor patio and fireplace!