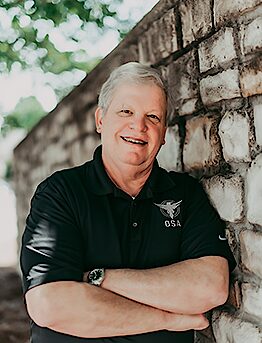 John is a U.S. Navy veteran who achieved Fleet Squadron and Naval Air Station Command during his 27-year career. His military duties included Combat Operations during Desert Storm; and, while commanding NAS Pensacola, oversight of a large, complex and diverse Naval Installation. Significantly, during his command at Pensacola, he led the Air Station through the impact and recovery from the devastating effects of Hurricane Ivan. John followed his military service with Security Manager positions in the public utility industry with responsibility for the safeguarding of large workforces, sensitive critical infrastructure, customer service operations and power control centers. He now specializes in consulting on security and business recovery situations – with emphasis on business continuity, emergency preparedness and crisis management.

John holds a bachelor’s degree in business administration from Samford University; a Master’s degree in National Security from the Naval Post-Graduate School; he was a Fellow at the Massachusetts Institute of Technology Security Studies Program; and is also a graduate of the U.S. Naval War College. He has served on numerous professional and charitable boards and currently resides with his family in Hoover, Alabama. John is pragmatic, smart and encourages