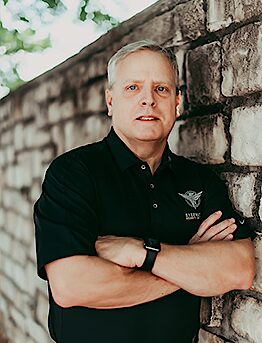 Mac Hardy retired in June 2016 after 21 years of service to the Hoover Police Force. He served as Hoover Schools Senior Resource Office (SRO) from 1997-2009 then served as the supervisor of the School Services Unit for the last seven years with the police department. Before becoming a police officer, Mac was a teacher for seven years in the Hoover School system. He has been teaching for NASRO since 2001 and has taught throughout the United States as well as in the country of Georgia. Mac is a CPTED (Crime Prevention Through Environmental Design) instructor.

He currently serves as the Director of Operations at NASRO and has been recently asked to visit the Capitol, including meeting with Attorney General Jeff Sessions for issues related to the active shooter scenarios played out on a national level. Mac is former head football coach, mentor to many Hoover City kids, an avid work out enthusiast and lifter/cross fitter, and loves to travel with his wife and kids.